I learned something new today that I thought would be useful to not only my clients, but also my colleagues, as I was given conflicting information by a few lawyers I know who really didn’t know the answer.

A client of mine was put on title to her daughter’s house when she originally purchased it because her daughter could not qualify for her mortgage without her mother’s assistance. The bank then required the mother to also be an owner of the property.

Fast forward five years later. The daughter is now refinancing her property, but now she can afford her mortgage without her mother. As a result, the bank wanted her mother removed from title. To remove someone from title, even when it seems as though it is just a formality as in this case, you must register a transfer of title, which triggers land transfer tax (which they’d already paid when they originally purchased the property).

After speaking with a few lawyers, mortgage brokers, and the bank, no one seemed to know how to avoid this duplicate tax. I then contacted the City of Toronto and the Ministry of Finance, and finally found the correct answer.

Because this is a very common occurrence for young purchaser’s, I think it is important for my clients to know how to avoid this problem in future. In order to avoid the Land Transfer Tax, an affidavit and supporting documentation had to be filed with both the City of Toronto and the Ministry of Finance to prove that the mother in this case was only a Trustee, holding the property for her daughter who was the Beneficial Owner.

Seems simple enough, however, the time it took to look in to the issue, as well as produce and gather the supporting documentation required was very time consuming, and could be quite costly to clients if they encountered this situation (or in the alternative, paying Land Transfer Tax twice).

How can parents and children avoid these extra costs in the future? Write up a Trust Agreement before the parent/guardian is put on title. In the agreement specify that the parent is only being put on title as a Trustee so that the Beneficial Owner will qualify for financing. When the time comes for refinancing, the Beneficial Owner can just file this agreement to avoid Land Transfer Tax, saving time and money. Hopefully that helps a few people. 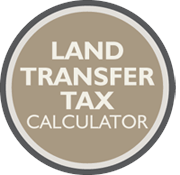